Mr sudarshan pattnaik learned sand art by himself and he has started creating these designs since the age of 7 only. he is the unique in his kind of art in india.
he has designed the arts of almost every kind of stuffs,issues and situations raised across the country and globally.
he is the inventor of his own designs and art forms. now many people have started showing their interest in this form of art. now he has many students working under his guidance. among them is manas kumar sahoo and his teammates who have reached to the semifinals of "indias got talent season2" 2010.
Mr sudarshan pattnaik is a shy guy and had a passion for sand art, so he devoted his life to this form of sand art.
he has won lots of national and international awards.

Sudarshan Pattnaik has won People's Choice prize at the 1st Moscow International Sand Sculpture Championship held in Russia.
The artists from Italy won the 'Jury Choice', while Ireland won the 'Sculptor Choice' prize in this championship.
Pattnaik had created 15 feet high Hindu god Ganesh to create awareness among with people on the potential dangers of global warming at the International Sand Championship.
The top of the sculpture depicted the melting of glaciers in the Himalayas and in the flowing water Lord Ganesh is traveling on a boat with a sign 'Divine Concern on Global Warming'.
This was to educate people through his art about the effects Global Warming.
Pattnaik hails from Orissa and has so far participated in more than 35 international sand sculpture championships across the world and won many awards for the country.
His sand sculpture on Black Taj Mahal earned him accolades all over the world. " I am very happy after winning the prize," Pattnaik in an email to odishatoday.com from Moscow.
some of his designs on puri beach saluting the nation and international issues and other stuffs are:- 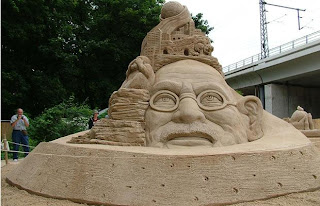 mahatma gandhi sculpture built on his homage by sudarshan pattnaik. the father of nation given a homage by the most creative sand artist of the world. 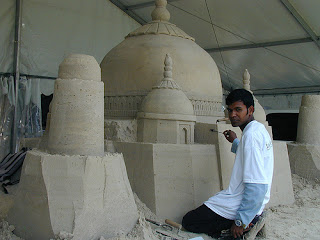 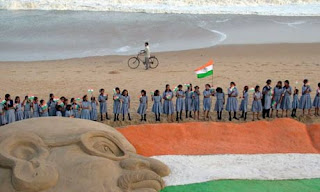 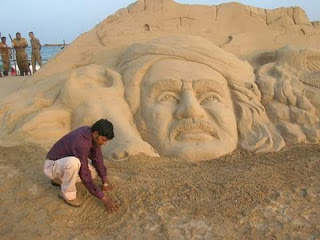 Mr sudarshan pattnaik posing infront of his own design build by him at marina beach(second longest city beach in the world in chennai.) 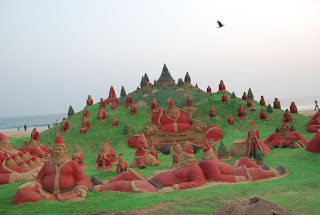 this design has a record of having the most number of santa claus images built on the sand at puri beach.in time of christmas to deliver the environmental message to the world.the message was save earth from global warming has been carved into the sculpture itself.  Sudarshan Patnaik said, "It took nearly 48 hours to create 105 Santas and Christmas trees. About 1,000 tons of sand was used in creating the statues."
Two little girls from West Bengal inaugurated the exhibition with the Most Santa Claus images on sand at the beach on eve of Christmas. "The girls were chosen to inaugurate the event because children love Santas," Pattnaik said.

“Puri is the place where sand art started in the 14th Century and the tourist inflow into Puri is another reason why I chose the awareness about global warming by carving images of Santa Claus,” Pattnaik said.

Last year he sculpted the tallest Santa on sand that stood 35 feet high and pleaded with people to further peace in every sphere of life. 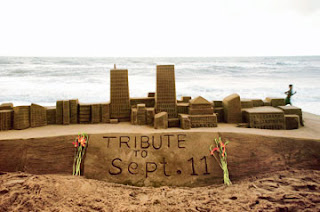 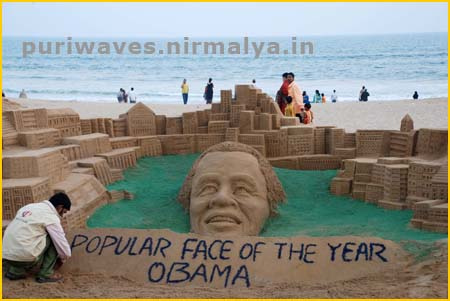 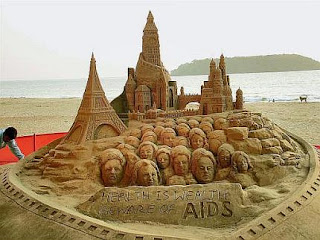 "HEALTH IS WEALTH" showing and creating awareness by his sculpture for AIDS. he is always an active member for creating the awareness of any kind of fatal deseases. 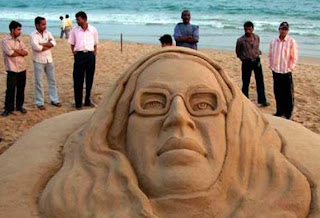 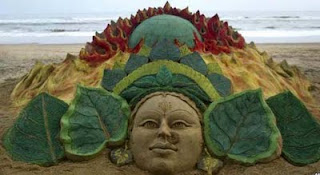 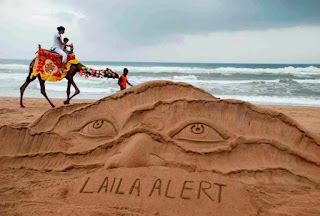 laila alert! created by sudarshan pattnaik in the year 2010. just before the laila attacked the easter coastal part of india like andhra pradesh and orissa. 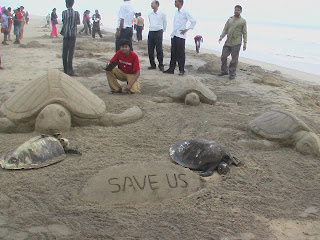 this is another awareness program launched by sudarshan pattnaik in his own style of art form. asking to save the turtles and tortoises or marine life which is on the endangered list. 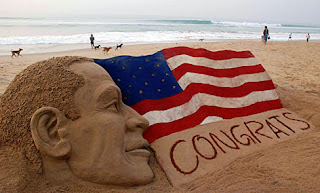 this is a congratulation image sculpture by sudarshan pattnaik on the winning note of barrack hussain obama as the first black american president. in the year 2010. 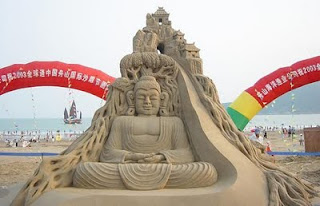 a gautam buddha statue sculpted by sudarshan pattnaik during a beach festival. 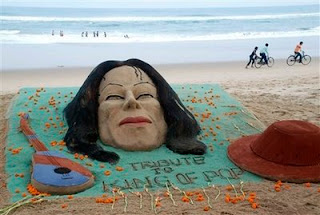 a hearty tribute to the king of pop and god of original dance style(moon walk), by sudarshan pattnaik on puri beach. 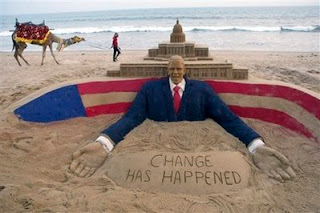 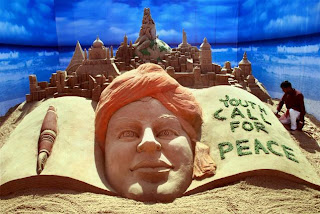 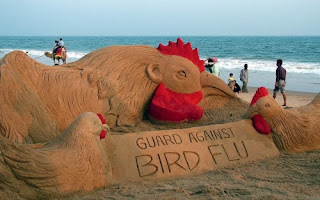 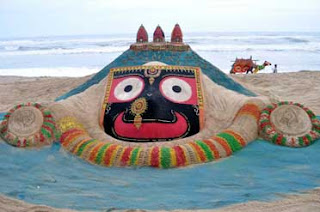 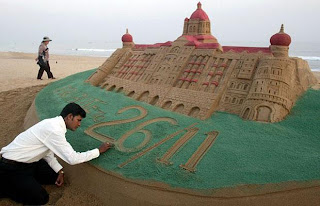 a tribute to the affected of 26/11 attacks on taj mahal hotel of mumbai. 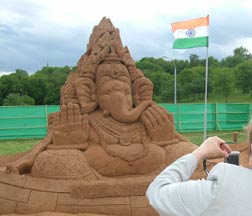 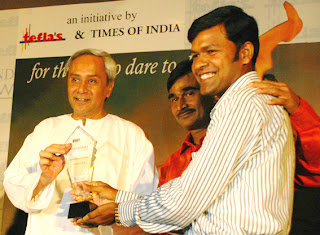 sudarshan pattnaik is given a award by the state(odisha) chief miniter Mr naveen pattnaik. 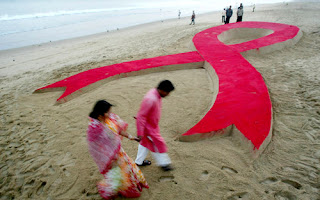 awareness program on aids by sculpting a ribbon the symbol of AIDS. 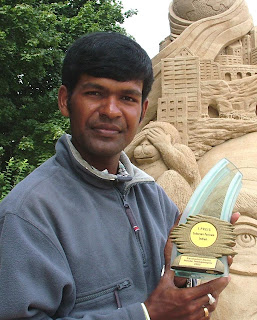 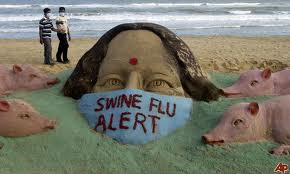 another awareness program against swine flu on puri beach.
Posted by Ataul at 9:10 PM